Hi all. At the beginning of autumn, the developers released a new update to our favorite player. Now it will get even better. In this update, all the bugs found… Read more »

We have been waiting for an update for Daum Potplayer for more than two months. Today, it came out and pleased us with many new features as well as a… Read more »

Fixed about 5 bugs that affected the functionality of the Daum Potplayer. [Fixed] Fixed an issue where skin UI did not appear in certain situations on the full screen Fixed… Read more » 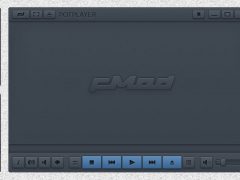 We present to your attention a completely finished and working collection of skins for PotPlayer 210729 and higher! The collection consists of 20 skins and 2 standard versions.

We present to your attention the long-awaited update of PotPlayer 210729! We have been waiting for this update for 4 months and finally it came out! In this patch, you… Read more »

We’ve been waiting for this update and it has been released! In this version of PotPlayer 210428, one function was added with a set of harry keys and 5 bugs… Read more »

6 fixed bugs and one new feature – meet the new update for PotPlayer. By installing new updates, you guarantee stable operation of the PotPlayer, as well as the possibility… Read more »